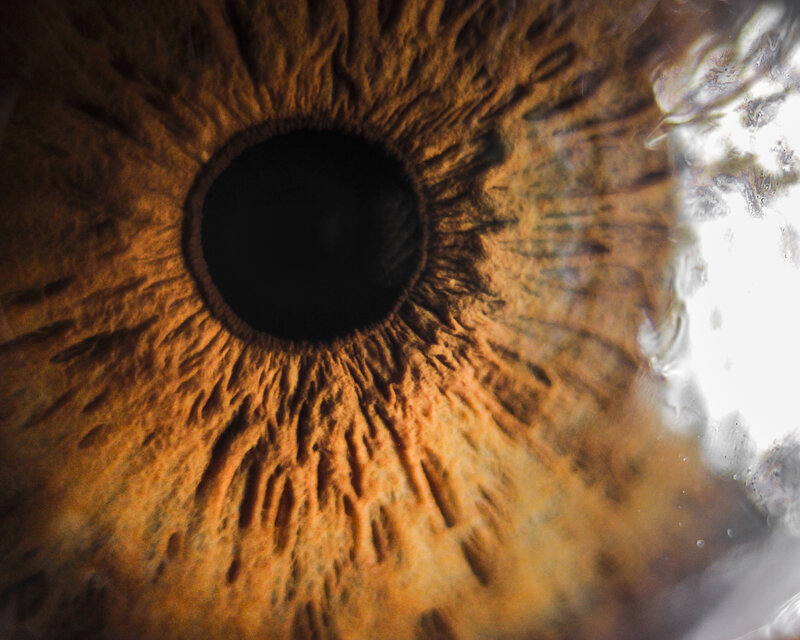 Retinitis pigmentosa is a genetically inherited condition that causes a breakdown in the cells that form the retina. The retina is located at the back of the eye near the optic nerve. Its main job is to receive light that the lens has focused on the retina’s surface, translate the visual information (using photoreceptors called rods and cones), and then send those messages to the optic nerve so the brain can make sense of them.

When the cells in the retina begin to break down or die off, it immediately and negatively impacts vision. While relatively rare, retinitis pigmentosa affects approximately 1 in 4000 people worldwide.

Night Blindness: One Of The First Symptoms Of Retinitis Pigmentosa

Here the most common signs and symptoms of the condition:

Someone in your immediate family has retinitis pigmentosa (RP)

As we mentioned in the introduction, RP is largely an inherited disease. Patients are more likely to have RP if their grandparent, parent, or sibling has it. It occurs as the result of mutations or changes in one or more of about 100 different genes.

If you know a relative who had RP, we recommend speaking to your optometrist or physician about ordering a genetic test, which is often fully- or partially covered by health insurance. Even if you don’t have insurance, the tests are very affordable, and knowing the results can help to shape your long-term healthcare plan so you have access to treatments before potential genetic issues show up.

Read, Why Genetic Testing is Important, from fightingblindness.org to learn more. If you are interested in reading more about genetics and how they affect your risk of having retinitis pigmentosa, we’ve included a section about that from the National Eye Institute (NEI) Webpage on RP.

Because this can happen slowly, you may not notice. However, pay attention to how you maneuver in the dark. You may notice that you stumble more in movie theater aisles or while finding your way to and from the restroom in a restaurant or bar with ambient light. Getting around in the house may be trickier as well without light.

Again, this is also very common with age-related vision loss, so don’t panic if you notice night blindness or nighttime vision loss is becoming an issue for you. Your optometrist will be happy to address this concern.

If you’ve had a recent eye exam, you may remember the optometrist testing your peripheral and central vision. Sometimes s/he does this using a visual field test. You looked into a screen and pushed a button or said, “now,” whenever you saw a light flash. These lights are flashing all around your visual field and test whether or not you have normal peripheral vision.

Some patients with retinitis pigmentosa experience loss of central vision. This is much quicker to notice than gradual peripheral vision loss because your central vision is what allows you to read, thread a needle, or tell the time on a clock across the room. Loss of central vision will show up during the visual field test and other routine screenings performed during an eye exam.

Difficulty seeing or telling the difference between colors

Since the retina contains the rods and cones, any breakdown in these photosensors diminishes your ability to see vivid colors. Over time, and with a decreasing number of functioning photosensor cells, you can become color blind.

Your optometrist diagnoses RP based on the following tests and screening tools:

Like macular degeneration, there is no real “cure” for RP. However, the sooner we detect it the sooner we can begin treatments that can slow down its progression and address vision loss. There are different versions of RP, depending on which gene(s) are affected, so there is no one-size-fits-all treatment.

Instead, your optometrist or ophthalmologist will recommend one or more of the following if s/he feels it matches the type of retinitis pigmentosa you have.

If a family member has RP, we highly recommend letting your optometrist know ASAP so we can take a proactive approach to your eye health and vision care.

The following is the NEI copy explaining how retinitis pigmentosa is inherited:

How Is RP Inherited?

To understand how RP is inherited, it’s important to know a little more about genes and how they are passed from parent to child. Genes are bundled together on structures called chromosomes. Each cell in your body contains 23 pairs of chromosomes. One copy of each chromosome is passed by a parent at conception through egg and sperm cells.

The X and Y chromosomes, known as sex chromosomes, determine whether a person is born female (XX) or male (XY). The 22 other paired chromosomes, called autosomes, contain the vast majority of genes that determine non-sex traits. RP can be inherited in one of three ways:

In autosomal recessive inheritance, it takes two copies of the mutant gene to give rise to the disorder. An individual with a recessive gene mutation is known as a carrier. When two carriers have a child, there is a:

In this inheritance pattern, it takes just one copy of the gene with a disorder-causing mutation to bring about the disorder. When a parent has a dominant gene mutation, there is a 1 in 2 chance that any children will inherit this mutation and the disorder.

In this form of inheritance, mothers carry the mutated gene on one of their X chromosomes and pass it to their sons. Because females have two X chromosomes, the effect of a mutation on one X chromosome is offset by the normal gene on the other X chromosome. If a mother is a carrier of an X-linked disorder there is a:

Why Nutrition Is Important For Good Vision

Why Nutrition Is Important For Good Vision